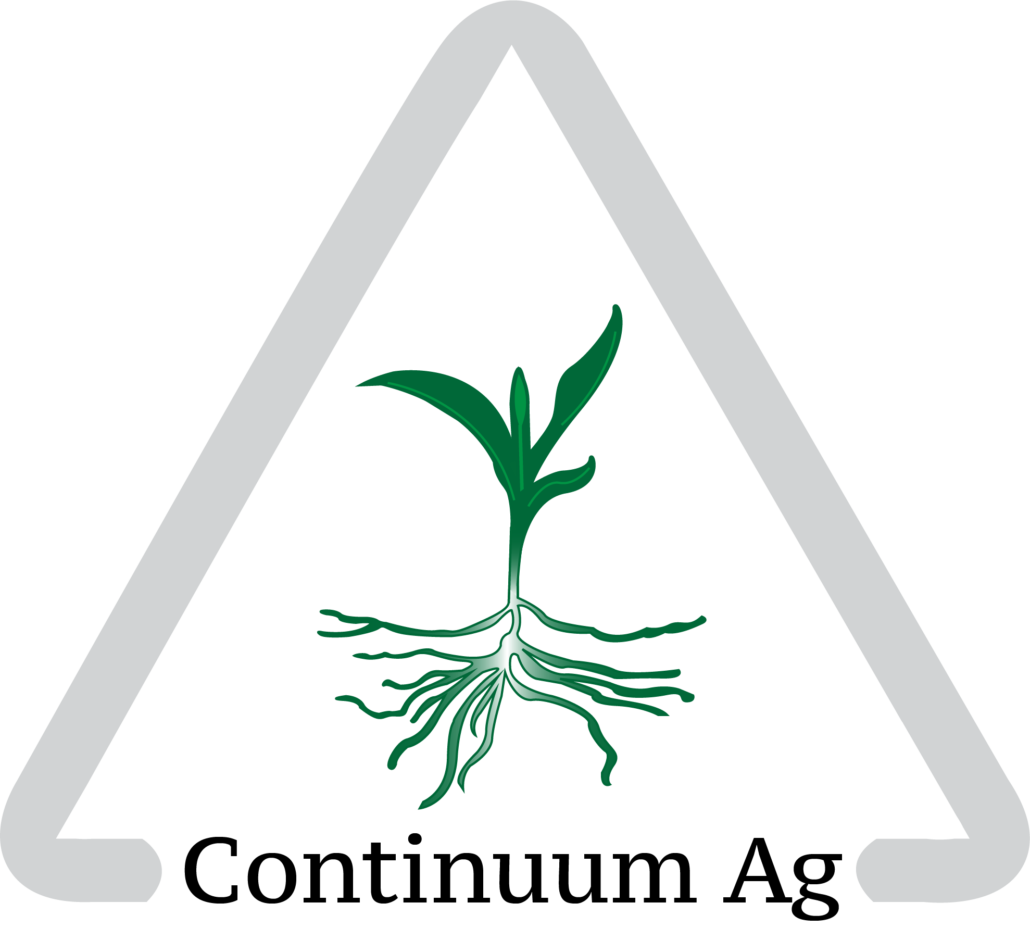 WHAT IS A COVER CROP

A cover crop is a plant grown for purposes other than the harvest of grain for sale. Covering the ground year round is one of the tenants of regenerative ag. On the Continuum Ag farm, we use cover crops as a tool to reduce erosion, to improve soil function and soil nutrient cycling, to build organic matter, to sequester carbon and to build overall soil health. We’ve been using cover crops for the last four years and have used mostly cereal rye and winter wheat, but we have also experimented with a large array of about 15 different cover crops. This year, we are trying interseeded cover crops as well.

When planning a cover crop program, start by answering the question, “what is my overall goal?” For most people, the goal is to reduce erosion, keep the soil covered in order to feed the microbes and work towards overall soil health. But what does that really mean and how can it economically pay? We utilize soil health testing to quantify soil nutrients, carbon, and biological activity, but we will dig into that in another blog. Overall, we’ve seen really incredible increases in nutrient availability with cover crops and now have the ability to quantify that gain and help to improve fertility management based on biological function.

WHICH COVER CROPS TO USE

If you’re looking at utilizing cover crops in Southeast Iowa and you’re going to seed your covers with a drill after harvest (which is the common practice), the crop to use would be cereal rye or winter wheat. We like using cereal rye because it develops a fibrous root system, over-winters extremely well and comes back in the spring with a good amount of vegetative growth to provide coverage for the soil. It also helps to pull water out of the soil when we have extra water, to suppress weeds and to store nutrients for the next year.

What we have found is that if we don’t have a cover crop, our soil is still mineralizing nutrients at all times throughout the year, which is something that could lead to nutrient loss. We’ve seen nutrient mineralization in October and February, when our corn and soybeans are not growing. However, our data has shown that with a cover crop, we can collect nutrients that become available and store them in the vegetative body of the plant, releasing the nutrients back into the soil during the next growing season.

Winter wheat is another cover crop that we utilize a lot, very similar to cereal rye, but it does not have quite the over-wintering capabilities. It’s not going to grow as aggressively either. So on the farm, for soybeans we’ll use cereal rye and for corn we’ll utilize a less aggressive cover crop, like wheat.

Other species with great initial potential in Iowa:

We haven’t seen much success with faba beans, mung beans or other types of clover, but we have many more years experiment! We are also looking for any potential antagonism between different cover crops and cash crops. 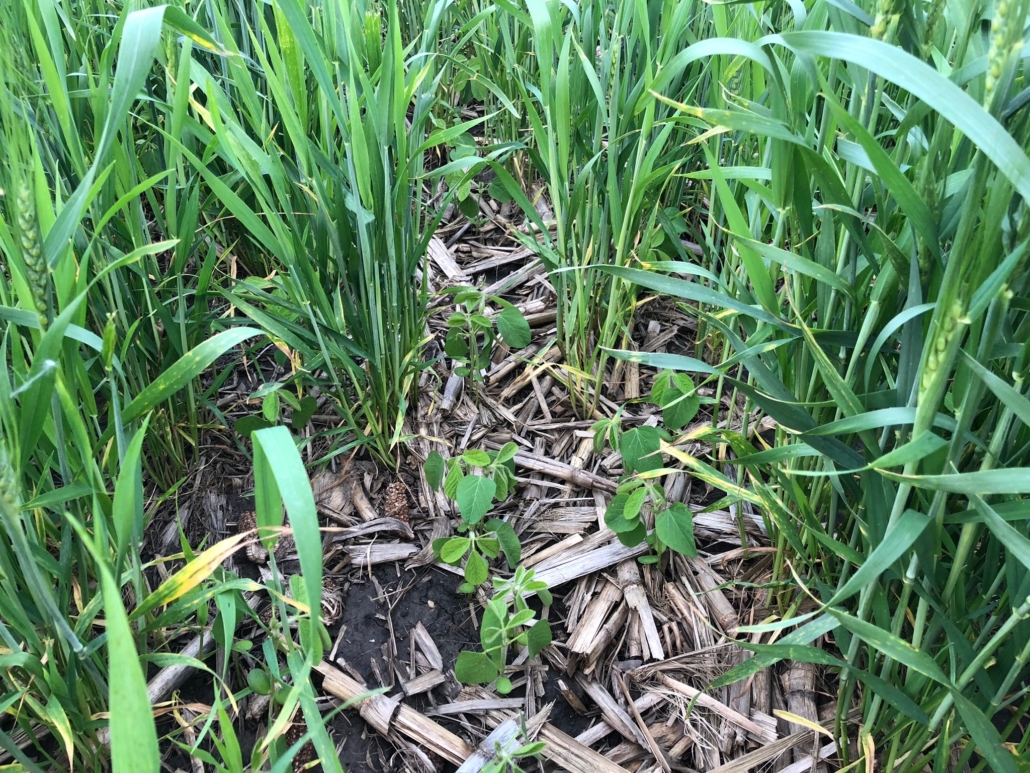 HOW TO APPLY COVER CROPS

We’ve had the most success with seeded cover crops with a grain drill. The earlier you’re going to plant your cover crop (especially cereal rye) the lighter the rate that you want to use. Our early season rye will seed at 20-25lbs of seed per acre. As we get later into the year, we’ll increase that rate getting closer to 45lbs per acre, which is the heaviest we will go except for in a relay crop.

With a very light rye rate, in order to make sure they still get the coverage, you can utilize oats in the blend, ex: 25lbs of rye + 30lbs of oats. Especially when getting started with cover crops, the key has been to start with light rates, hence, lower nutrient tie up. The oats, when planted early enough, can still get some good fall coverage, good nutrient retention and good erosion protection for the winter.

Overall when looking to implement cover crops, think about your goal and contact us with specific questions about what to put in your cover crop mix or talk to Stout Seeds for specific information about choosing the right species of cover crop that economically will benefit your operation. Ease into it! If you’re a first time cover crop user, we’d love to chat with you. We’ve experimented very thoroughly with cover crops and take weekly soil samples with Dr. Rick Haney to evaluate the cover crop’s impact on nutrient cycling. We’d love to discuss that information with you.